Believe it or not, headphone jacks or phone connectors have been in existence for more than 140 years. Today, a lot of headphone jacks are used for music but the first headphone jack was invented to be used in telephone switchboards in 19th century. The 3.5 mm jacks might be common in our day to day gadgets but the classic quarter-inch jack came first. The 6.35 mm headphone jack, commonly known as the ¼ inch connector dates back to 1877 in Boston at 109 Court Street where the first ever telephone switchboard was established one year after Alexander Graham Bell was awarded a patent on his primitive telephone.

In an effort to create slimmer and minimalist devices, the last three years have seen tech giants drop the headphone jack from their gadgets in favor of wireless headphones. These changes might make one believe that the headphone jack is done and that it is on its last mile before it’s completely rendered useless, but that’s far from the truth. Headphones jacks are very much alive and will be for a couple more years to come. A lot of devices still use headphone jacks; cars, music recording equipment, musical instruments, electronics and professional cameras and some phones still ship with a headphone jack.

In this article, we will explore more about headphone jacks, their different sizes and all the different variations they come in. By the time we are through with this guide, we will have a better understanding the following:

1) What is a headphone jack/plug

2) The history of the headphone jack

3) The anatomy of the headphone plug/jack

For those interested in knowing more about headphone plugs and jacks as well as the right kind of audio cables and amplifiers – this guide is certainly for you.

What is a headphone jack/plug?

The history of the headphone jack

The headphone jack was first patented in 5th February 1884 by Charles E. Scribner. He was issued US Patent 293,198 for what he called the “Jack-knife” connector. This also explains the origins of the term “jack”. The quarter-inch jack was the first jack and it is still commonly used today on various appliances.

In the 20th century, as audio equipment got smaller, an alternative (3.5 mm also called as miniature size) was introduced. In the middle of the 20th century personal headsets on transistor radios took off most notably the Sony Walkman and this made the 3.5mm version more popular. As we approached the 21st century the 2.5mm was introduced, also known as the sub-miniature or sub mini. And as technology has been evolving different jacks have been introduced to meet different functions – all of which we will cover below.

The anatomy of the headphone plug/jack

The appearance of the headphone plug is round with chisel tips that push a spring-loaded retainer in the jack to hold it in. Headphone jacks and plugs are simple – to get audio signals the cords attached to the headphone plugs create an electrical circuit which makes it possible for signal which is in AC to be transmitted to the headphones which then converts the signals to sound.

As mentioned earlier, headphone pluds have 2 to 5 conductors. Conductors in phone connectors are:

3. Sleeve (S) –> While this can be confused with a ring, it is usually longer than a ring and it also determines the diameter of the connector.

All headphone plugs have at least two conductors; tip and sleeve. It is the rings which separate them. The black bands separate the conductors  and prevented them from being shorted together.

The number of rings in a plug determine the plugs toponomy.

Another interesting point is that ring and sleeve contacts have the same diameter. When naming plugs, the outer diameter of the sleeve conductor determines its name. That means that the ¼ inch plug sleeve diameter is 6.35 mm, similarly miniature and sub-miniatures sleeve diameters are 3.5 mm and 2.5 mm respectively.

There are various phone connectors, in this section we shall explore the available plug connectors.

The two-conductor plug allows audio signal to be transmitted in mono. The sleeve serves as a ground and return path while the tip transmits the audio signal.

TS connectors work best in short cable connections. If the cord is long, there is a greater chance of distortion – this is because the sleeve picks up noise along the way just as an antenna does. TS connectors are mostly found in 2.5 mm sizes and are mostly used with guitars and instruments.

The ring which serves as a conductor introduces the possibilities of balanced or unbalanced mono and stereo signals.

Tip: This acts as the left channel signal wire

Ring: This acts as the right channel signal wire

Sleeve: This acts as the common return wire

The TRRS connectors are the commonly used phone connectors. They introduce a microphone conductor. The TRRS is used in 3.5 mm jack connectors and most of them adhere to the standards set by Cellular Telecommunications and Internet Association (CTIA). Most smartphones, laptops, gaming consoles and audio gadgets have the TRRS jacks.

Ring: acts as the common return wire and ground

Before the CTIA was an older standard known as the OMTP. The difference between CTIA and OMTP is that in OMTP the sleeve served as the common return and ground wire while one ring conductor served as the microphone audio wire

The TRRRS connector has three rings and is used in the 4.4 mm pentaconn connector which is scarce. Pentaconn is a combination of two words, Penta meaning 5 and Conn meaning connector. They carry balanced stereo audio to compatible headphones.

The availability of the positive and negative polarity wires make it possible for the TRRRS to manage without a return wire because they connect to the headphone system. TRRRS connectors achieve more clarity because the lack of a return wire reduces crosstalk.

As mentioned above, when describing the size of the headphone jacks, we look at the outside diameter of the sleeve conductor. In this section we shall explore the different sizes of headphone jacks/plugs.

This is the largest of the 4 jacks and is commonly known as the ¼ inch connector. Its use extends to headphone amplifiers, digital to analog converters as well as audiophile-grade headphones. The Schiit Mjolnir 2, for example, makes use of both a 6.35 mm jack as well as an XLR port.

Although they carry balanced stereo and its audio is clearer, they are not that common. However, the 4.4mm could best be described as in between a 3.5 mm headphone jack and XLR. They are most notably used in professional, telecommunication and audiophile industries. The Lotoo PAW 6000 is an example of a digital audio player which makes use of both 4.4 mm and 2.5 mm jacks.

Also known as the miniature size ¼ inch or mini jack, it is the most common type of jack available. Their use extends across many laptops, smartphones, portable audio players and tablets. The 3.5 mm has garnered recent acclaim when Apple had removed it from the iPhone 7. While other companies may follow suit, the 3.5 mm jack remains the bread and butter for many audiophiles wishing for high quality no latency sound.

This is the smallest headphone jack there is. That is why it is called the sub-miniature or sub-mini connector. Sometimes it is referred to as the 2.5 mm micro-jack. Its popularity has been fading as more people have been adopting the mini-jack in their designs. There are two types of 2.5 mm connectors.

Note: Make sure you use the right plug for your jack otherwise you risk damaging the jack. Hopefully, you can be able to tell the difference from the guide above or if you are unsure, read the manual guide that came with your device.

While headphone jack plugs do usually come in single format versions, adapters are a handy tool to make use of different inputs and electronic device may have. The 3.5 mm to 6.35 mm is the most commonly seen adapter while others can also be purchased for more niche options. Plussound is one company which sells high-quality DIY connectors and adapters.

Loosely defined audio is the representation of sound, typically using either a level of electrical voltage for analog signals, or a series of binary numbers for digital signals. In order to get audio in our headphone, jacks have a digital to analog converter which then converts digital audio signals from the audio device into analog audio signals which ultimately get converted as sound energy.

How audio is transmitted

Audio signals can be transmitted to the headphones via mono-aural (Mono) signal, or stereophonic (Stereo) signal. A stereo signal uses two audio channels (left and right) while a mono signal uses one audio channel. For a phone connector to be able to carry a mono signal it needs to have two conductors; tip and sleeve. One conductor carries the audio signal while the other conductor acts as a ground while in order to carry stereo signal, a headphone connector must have at least three conductors; a left channel audio signal wire; a right channel audio signal wire, and a common ground/return wire. This makes the stereo signal create the illusion that sound is coming from different directions because it utilizes two channels which simulates “natural” hearing. This effect is usually called surround effect.

How to know the audio signal output

From the concepts above, we have established that 4 audio signals can be transmitted via phone connectors.

The number of conductors the phone connector has helps determine the type of audio signal the headphone plug can carry. To achieve balanced mono, one needs TRS connectors.

In this section, we explore each scenario and clear the confusion.

A headphone with a microphone and 3.5mm TRRS plug, assuming its standard is CTIA will work perfectly fine with a 3.5mm TRRS jack because they have the same wiring schematics and their sizes are the same. Also, when using unbalanced stereo 3.5 mm TRS headphone plug into a 3.5 mm TRRS jack it works perfectly fine because the sleeve of the TRRS jack which is programmed to carry the mic signal is circuited to the ground wire of the TRS plug of the headphone and in addition to that the TRS plug and the TRRS jack are a match. The ground wire also connects.

However, if you connect a TRRS headphone jack using the CTIA standard to a TRRS headphone plug using the OMTP standard it won’t work even if tip and first ring are fully similar. What causes the incompatibility is the fact that the common return and mic signal wire have been exchanged and they carry different signals. This makes the incompatible despite the fact that they have the same size and they fit. We defined both standards above. The OMTP is the old standard while the CTIA is the acceptable modern standard.

While digesting all this information for the first time might be overwhelming, it is pretty easy to understand once you have mastered down the basics of how audio is transmitted from the jacks to the headphones. By understanding the use of conductors and the role they play, you can be able to easily decipher the workings of the headphone jack and plug. In addition, understanding various headphone jack sizes will no doubt make it clearer about which adaptor to use when your headphone does not fit in your newly purchased amplifier. Thanks for reading and do leave your thoughts in the comment section below.

For more of our guides, check out: 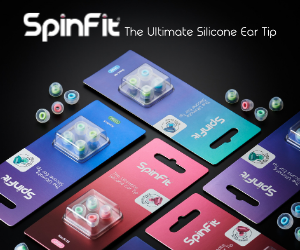