There is no doubt that wireless technology has picked up lately owing to the advent of Internet of Things (IoT), popularity of mass market ‘hearables’ and shift in consumer expectations. While wired solutions still reign supreme in audiophile circles for their high-fidelity sound, audiophile companies have begun to release wireless alternatives to capture this growing sector. HiFiMAN, a notable and well-respected audio brand have done just this with the release of their second wireless Bluetooth headphone. The HiFiMAN Deva headphones, which makes use of a mini dongle, converts the headphone into a powerful encompassing wireless transducer.

Interestingly, it is not often that wireless headphones make use of this Bluetooth dongle for connectivity options. However, Fang Bian’s novel approaches for high-resolution sound have always challenged industry standards while maintaining a global appeal. A master of trickle-down technologies, Fang has always aimed to strive for the very best – even in entry-level products. To this end, the HiFiMAN Deva shares its descendant’s nano-thickness diaphragm to achieve a fast-transient response.

At a moderate price point of $299, the HiFiMAN Deva headphone strives to extract the best from a multitude of sources including smartphones, digital audio players and laptops. Much the same way that wireless has been a focus as of late, HiFiMAN have incorporated easy driveability for added convenience.

It is good to see that HiFiMAN have refined the packaging even for their entry-level products over the years. The Deva comes in a hinged black cardboard box with the headphone graphics on display. The interior padding is well-made (if a bit tight) and neatly stores the headphones along with its accessories.

Included are: 2 cables (1.2 metre in 3.5 mm TRRS termination & USB-A to USB-C DAC/charging cable), the Bluemini module along with a manual and warranty card.

The HiFiMAN Deva represents a stark departure from the traditional HiFiMAN house look. Instead of black/darker colored thematics, the Deva makes use of a lighter tan & silver combination which works rather well. The overall aesthetic shares some resemblance to Master & Dynamic’s MW65 (in brown-silver variation) but the latter seems to sway even more towards a fashion-orientated appeal. Nevertheless, I am very impressed with the direction that HiFiMAN have taken with the new breed of BT-compatible headphones.

Build quality is equally fantastic with a uniform polished construction with matching outer housings & gimbals. There is no squeaking when the gimbals are swivelled nor does the sliding mechanism prove to be inappropriately resistant. In addition, the in-built screws for the outer housings and embossed ‘left’ and ‘right’ for each cup evoke a rather refined and luxury appeal for the product.

The Deva adopts a circumaural planar driver design and makes use of the same NEO “supernano” diaphragm (NsD) as the Sundara before it. As key proponents of material sciences, HiFiMAN have always pushed the boundaries of planar technology with well implemented diaphragm and magnet designs.

The accompanying Bluemini is a nifty little device which deserves a separate mention. Not only does it function as a Bluetooth module to allow Deva to operate under wireless modality, but it also houses a built-in DAC and amplifier. This creative innovation allows users to listen to the headphones via its own internal DAC while it charges at the same time. Battery life is more than adequate at roughly 8 hours of real-time use with all AptX, AptX HD and LDAC codecs being supported. The only downside I see to the Bluemini device is its impact on aesthetics. However, since the target market is likely to be home users (owing to the open-back design) – there is arguably some leniency awarded here.

With even headband pressure, the Deva remains light and comfortable despite its 360g weight. HiFiMAN have abandoned the mesh flat headband support in favor of a sleek and modern head support. Clamping force just seems right and it is nice that there is no overhang as can be felt from HiFiMAN’s flagship headphones due to their inherently larger housings. With the addition of the Bluetooth device, there appears to be no unevenness in weight distribution and the accessory fits the headphones neatly.

The HiFiMAN DEVA has more of a linear midrange and treble emphasis with detailed and fast transients. The overall sound is grounded with a mid-forward presence with solid center staging and decent projection of sonic cues in the elements of height and depth. In wired modality, there are subtle improvements with more impactful bass, vocal warmth and refinement.

The Deva’s low-end is rather reminiscent of yesteryear generation of HiFiMAN’s planar flagship headphones. For example, like the HE400S, the Deva adopts a clean, tight and agile bassline which never gets too overwhelming nor slow. Owing to the nano-thickness diaphragm, the Deva sounds proficiently speedy and neutral. With that said, the bass is not particularly visceral nor does it induce great texture like HiFiMAN’s higher-end products. There is more a mid-bass emphasis to sub-bass and although the Deva does reach into low territories, macrodynamic slam does leave something to be desired. In ‘Amber’ by Geode, however, it is particularly impressive to see how the Deva handles the complex bass undercurrents with precision which lesser headphones simply could not handle.

The Deva’s midrange is focused with high levels of clarity, speed and technical prowess. This is certainly a headphone designed for those that wish for a reference tonality. It is not particularly a warm coloration but does rest slightly on the neutral-cool position of the spectrum. Micro-dynamics here are fantastic and the Deva can efficiently render heaps of detail to keep the audiophile pleased. On the subject of note size, the Deva portrays a leaner presentation in keeping with its more analytical-tuned sound. This is evident in Ben Howard’s ‘Oats In The Water’, where vocals carry some leading-edge crispness.

The treble region follows suit from the clear and analytical path that the Deva lays out. Details are extracted in the form on imminent drum snares and cymbal crashes. While there is plenty of sparkle and brilliance the Deva does not get too hot or splashy. Instead, the well-tuned and moderately extensive treble rests in line with an overall high-fidelity and reference sounding transducer.

The Deva hosts strong centered imaging with vocals that portray an overall mid-forward presentation. There is excellent separation between vocals and instruments, but the Deva is not the widest sounding monitors. It does, however, perform well in its category.

While Deva opts for planar magnetic technology, Master & Dynamic have pledged allegiance to beryllium-coated dynamic drivers. As a result, the MW65 has more visceral and authoritative bass which produces an overall warmer tonal signature than the Deva. The Deva, however, capitalizes on soundstage and imaging to produce faster transients and decay. Those in favor of this sound profile should be tempted by the Deva but fans of a warmer and richer tonality should consider looking at the MW65. As a result of its open-back nature, the Deva is the larger and more open sounding headphones (at the expense of isolation).

The EH3 NC represents Fiio’s first stab at the wireless headphone market. Like the Deva, it shares a passion for a clean and tight sound. However, the Deva produces a more even and refined sound with bigger soundscape proportions. Where the Fiio EH3 NC favors the lower midrange to induce vocal weight, the Deva instead favors the upper midrange to produce a brighter sound. Overall, the Deva is the better resolving headphone and micro-details are fantastic owing to its diaphragm design.

It is good to see a sound proficient audio brand such as HiFiMAN have taken to the task of producing an audiophile-grade wireless headphone. At $299, it certainly represents an entry-level price to tempt not only the mass market but those who wish for a share of the convenience. One thing worth noting is that the Deva is not suitable for the train or bus commutes because of its open-back design. Rather, it has benefits in and around the house, in open peaceful settings and even in hotels or lobbies. The Bluemini device is also something unique and praise-worthy considering the Deva can be used wired & wireless as well as through USB (via the internal DAC). This approach is something that all headphone brands should consider honing in on as versatility is king. In a growing market of Bluetooth offerings, the Deva is a highly commended solution for portable sound on the move. 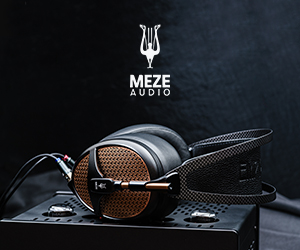